“We want to thank you so much for everything that you have done. You have not only been a great attorney, but a sincerely wonderful person as well.” – Greg and Angela (Washington, DC)”Thank you Suren!!!!! You have been a blessing to me during this very difficult time. Thank you very much for all of you efforts on my behalf.” – Juanita (Upper Marlboro, MD)

Fill out the contact form below and we will get back to you shortly.

Below is a glossary of common bankruptcy terms, which has been taken from “Bankruptcy Basics,” Administrative Office of the United States Courts. If you have additional questions about bankruptcy, please call our Maryland bankruptcy attorney for a free bankruptcy analysis. 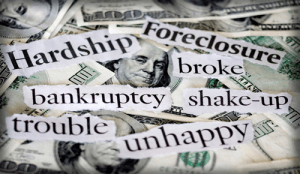 ADVERSARY PROCEEDING – A lawsuit arising in or related to a bankruptcy case that is commenced by filing a complaint with the bankruptcy court.

ASSUME – An agreement to continue performing duties under a contract or lease.

AUTOMATIC STAY – An injunction that automatically stops lawsuits, foreclosure, garnishments, and all collection activity against the debtor the moment a bankruptcy petition is filed.

BANKRUPTCY – A legal procedure for dealing with debt problems of individuals and businesses; specifically, a case filed under one of the chapters of title 11 of the United States Code (the Bankruptcy Code).

BANKRUPTCY COURT – The bankruptcy judges in regular active service in each district; a unit of the district court.

BANKRUPTCY ESTATE – All legal or equitable interests of the debtor in property at the time of the bankruptcy filing. (The estate includes all property in which the debtor has an interest, even if it is owned or held by another person.)

BANKRUPTCY PETITION – A formal request for the protection of the federal bankruptcy laws. (There is an official form for bankruptcy petitions.)

BANKRUPTCY TRUSTEE – A private individual or corporation appointed in all chapter 7, 12, & 13 cases to represent the interests of the bankruptcy estate and the debtor’s creditors.

CHAPTER 7 – The chapter of the Bankruptcy Code providing for “liquidation,” i.e., the sale of a debtor’s nonexempt property and the distribution of the proceeds to creditors.

CHAPTER 7 TRUSTEE – A person appointed in a chapter 7 case to represent the interests of thebankruptcy estate and the unsecured creditors. (The trustee’s responsibilities include reviewing the debtor’s petition and schedules, liquidating the property of the estate, and making distributions to creditors. The trustee may also bring actions against creditors or the debtor to recover property of the bankruptcy estate.)

CHAPTER 11 – A reorganization bankruptcy, usually involving a corporation or partnership. (A chapter 11 debtor usually proposes a plan of reorganization to keep its business alive and pay creditors over time. People in business or individuals can also seek relief in chapter 11.)

CHAPTER 12 – The chapter of the Bankruptcy Code providing for adjustment of debts of a “family farmer.”

CHAPTER 13 – The chapter of the Bankruptcy Code providing for adjustment of debts of an individual with regular income. (Chapter 13 allows a debtor to keep property and pay debts over time, usually three to five years.)

CLAIM – A creditor’s assertion of a right to payment from a debtor or the debtor’s property.

COMPLAINT – The first or initiatory document in a lawsuit that notifies the court and the defendant of the grounds claimed by the plaintiff for an award of money or other relief against the defendant.

CONFIRMATION – Approval of a plan of reorganization by a bankruptcy judge.

CONSUMER BANKRUPTCY- A bankruptcy case filed to reduce or eliminate debts that are primarily consumer debts.

CONTINGENT CLAIM – A claim that may be owed by the debtor under certain circumstances, for example, where the debtor is a cosigner on another person’s loan and that person fails to pay.

CREDITOR – A person to whom or business to which the debtor owes money or that claims to be owed money by the debtor.

DEBTOR – A person who has filed a petition for relief under the bankruptcy laws.

DEFENDANT – An individual (or business) against whom a lawsuit is filed.

DISCHARGE – A release of a debtor from personal liability for certain dischargeable debts. (A discharge releases a debtor from personal liability for certain debts known as dischargeable debts ( defined below) and prevents the creditors owed those debts from taking any action against the debtor or the debtor’s property to collect the debts. The discharge also prohibits creditors from communicating with the debtor regarding the debt, including telephone calls, letters, and personal contact.)

DISCHARGEABLE DEBT – A debt for which the Bankruptcy Code allows the debtor’s personal liability to be eliminated.

DISCLOSURE STATEMENT – A written document prepared by the chapter 11 debtor or other plan proponent that is designed to provide “adequate information” to creditors to enable them to evaluate the chapter 11 plan of reorganization.

EQUITY – The value of a debtor’s interest in property that remains after liens and other creditors’ interests are considered. (Example: If a house valued at $60,000 is subject to a $30,000 mortgage, there is $30,000 of equity.)

EXECUTORY CONTRACT OR LEASE – Generally includes contracts or leases under which both parties to the agreement have duties remaining to be performed. (If a contract or lease is executory, a debtor may assume it or reject it.)

EXEMPTION – Property that the Bankruptcy Code or applicable state law permits a debtor to keep from creditors.

EXEMPT PROPERTY – Property or value in property that a debtor is allowed to retain, free from the claims of creditors who do not have liens.

FRAUDULENT TRANSFER – A transfer of a debtor’s property made with intent to defraud or for which the debtor receives less than the transferred property’s value.

FRESH START – The characterization of a debtor’s status after bankruptcy, i.e., free of most debts. (One purpose of the Bankruptcy Code.)

JOINT PETITION – One bankruptcy petition filed by a husband and wife together.

LIEN – A charge upon specific property designed to secure payment of a debt or performance of an obligation.

LIQUIDATION – A sale of a debtor’s property with the proceeds to be used for the benefit of creditors.

LIQUIDATED CLAIM – A creditor’s claim for a fixed amount of money.

MOTION TO LIFT THE AUTOMATIC STAY – A request by a creditor to allow the creditor to take an action against a debtor or the debtor’s property that would otherwise be prohibited by the automatic stay.

NO-ASSET CASE – A chapter 7 case where there are no assets available to satisfy any portion of the creditors’ unsecured claims.

NONDISCHARGEABLE DEBT – A debt that cannot be eliminated in bankruptcy.

OBJECTION TO DISCHARGE – A trustee’s or creditor’s objection to the debtor’s being released from personal liability for certain debts.

OBJECTION TO EXEMPTIONS – A trustee’s or creditor’s objection to a debtor’s attempt to claim certain property as exempt, i.e. , not liable for any pre-petition debt of the debtor.

PARTY IN INTEREST – A party who is actually and substantially interested in the subject matter, as distinguished from one who has only a nominal on technical interest in it.

PLAN – A debtor’s detailed description of how the debtor proposes to pay creditors’ claims over a fixed period of time.

PLAINTIFF – A person or business that files a formal complaint with the court.

POSTPETITION TRANSFER – A transfer of a debtor’s property made after the commencement of the case.

PREBANKRUPTCY PLANNING – The arrangement (or rearrangement) of a debtor’s property to allow the debtor to take maximum advantage of exemptions. (Pre-bankruptcy planning typically includes converting nonexempt assets into exempt assets.)

PREFERENTIAL DEBT PAYMENT – A debt payment made to a creditor in the 90-day period before a debtor files bankruptcy (or within one year if the creditor was an insider) that gives the creditor more than the creditor would receive in the debtor’s chapter 7 case.

PROOF OF CLAIM – A written statement describing the reason a debtor owes a creditor money. (There is an official form for this purpose.)

PROPERTY OF THE ESTATE – All legal or equitable interests of the debtor in property as of the commencement of the case.

REAFFIRMATION AGREEMENT – An agreement by a chapter 7 debtor to continue paying a dischargeable debt after the bankruptcy, usually for the purpose of keeping collateral or mortgaged property that would otherwise be subject to repossession.

SECURED CREDITOR – An individual or business holding a claim against the debtor that is secured by a lien on property of the estate or that is subject to a right of setoff.

SECURED DEBT – Debt backed by a mortgage, pledge of collateral, or other lien; debt for which the creditor has the right to pursue specific pledged property upon default.

SCHEDULES – Lists submitted by the debtor along with the petition (or shortly thereafter) showing the debtor’s assets, liabilities, and other financial information. (There are official forms a debtor must use.)

STATEMENT OF FINANCIAL AFFAIRS – A series of questions the debtor must answer in writing concerning sources of income, transfers of property, lawsuits by creditors, etc. (There is an official form a debtor must use.)

STATEMENT OF INTENTION – A declaration made by a chapter 7 debtor concerning plans for dealing with consumer debts that are secured by property of the estate.

SUBSTANTIAL ABUSE – The characterization of a bankruptcy case filed by an individual whose debts are primarily consumer debts where the court finds that the granting of relief would be an abuse of chapter 7 because, for example, the debtor can pay its debts.

341 MEETING – A meeting of creditors at which the debtor is questioned under oath by creditors, a trustee, examiner, or the United States trustee about his/her financial affairs.

TRANSFER – Any mode or means by which a debtor disposes of or parts with his/her property.

TRUSTEE – The representative of the bankruptcy estate who exercises statutory powers, principally for the benefit of the unsecured creditors, under the general supervision of the court and the direct supervision of the United States trustee or Bankruptcy Administrator.

US TRUSTEE – An officer of the Justice Department responsible for supervising the administration of bankruptcy cases, estates, and trustees, monitoring plans and disclosure statements, monitoring creditors’ committees, monitoring fee applications, and performing other duties.

UNDERSECURED CLAIM – A debt secured by property that is worth less than the amount of the debt .

UNLAWFUL DETAINER ACTION – An eviction lawsuit brought by a landlord against a tenant—usually for nonpayment of rent.

UNLIQUIDATED CLAIM – A claim for which a specific value has not been determined.

UNSCHEDULED DEBT – A debt that should have been listed by a debtor in the schedules filed with the court but was not. (Depending on the circumstances, an unscheduled debt may or may not be discharged.)

UNSECURED CLAIM – A claim or debt for which a creditor holds no special assurance of payment, such as a mortgage or lien; a debt for which credit was extended based solely upon the creditor’s assessment of the debtor’s future ability to pay.

VOLUNTARY TRANSFER – A transfer of a debtor’s property with the debtor’s consent.

Click here for our other office locations throughout Maryland and DC

DISCLAIMER: No information you obtain from this website or its content is legal advice, nor is it intended to be. You should consult an attorney for individualized advice regarding your own situation. No attorney-client relationship is intended or formed by your viewing this website or downloading and using the content, forms, tips or information kits found on this website. No attorney-client relationship is intended or formed without a fully-executed, written agreement to enter into such a relationship. Client testimonials or endorsements do not constitute a guarantee, warranty, or prediction regarding the outcome of your legal matter.

Please enter your name and email below to contact Suren about speaking at your event.

Please enter your info to receive the report.